In exploring the history of the past, the people of Terra Pomaria found themselves creating a rich, complex history their own. And thanks to the efforts of the populace, Grete Boke officers, heralds, and friends of the Barony, a few of the moments have been preserved in time.

It is said that the naming the branch was by consensus, which was contemplated and voted upon. Some sources say there were 7 submissions, others say 14 total. The #2 name was Willum Shire (Willamette Shire), and the #1 name was Terra Pomarium (Land of the Orchards). The Kingdom Herald later corrected the Latin form to Terra Pomaria.

It was initially registered with the College of Arms May AS XVIII/1984 as the “Shire of Terra Pomaria,” as the branch originally intended to be an independent shire. However, since it ended up relying on the sponsorship of Three Mountains in canton status, the name was reregistered in March AS XX/1986 along with the arms as the “Canton of Terra Pomaria.” Even though independent shire status was obtained at September Crown Tournament XXI/1986, the name was never re-registered as a shire. The final registration took place in January ASXXVII/1993 as the “Barony of Terra Pomaria.” 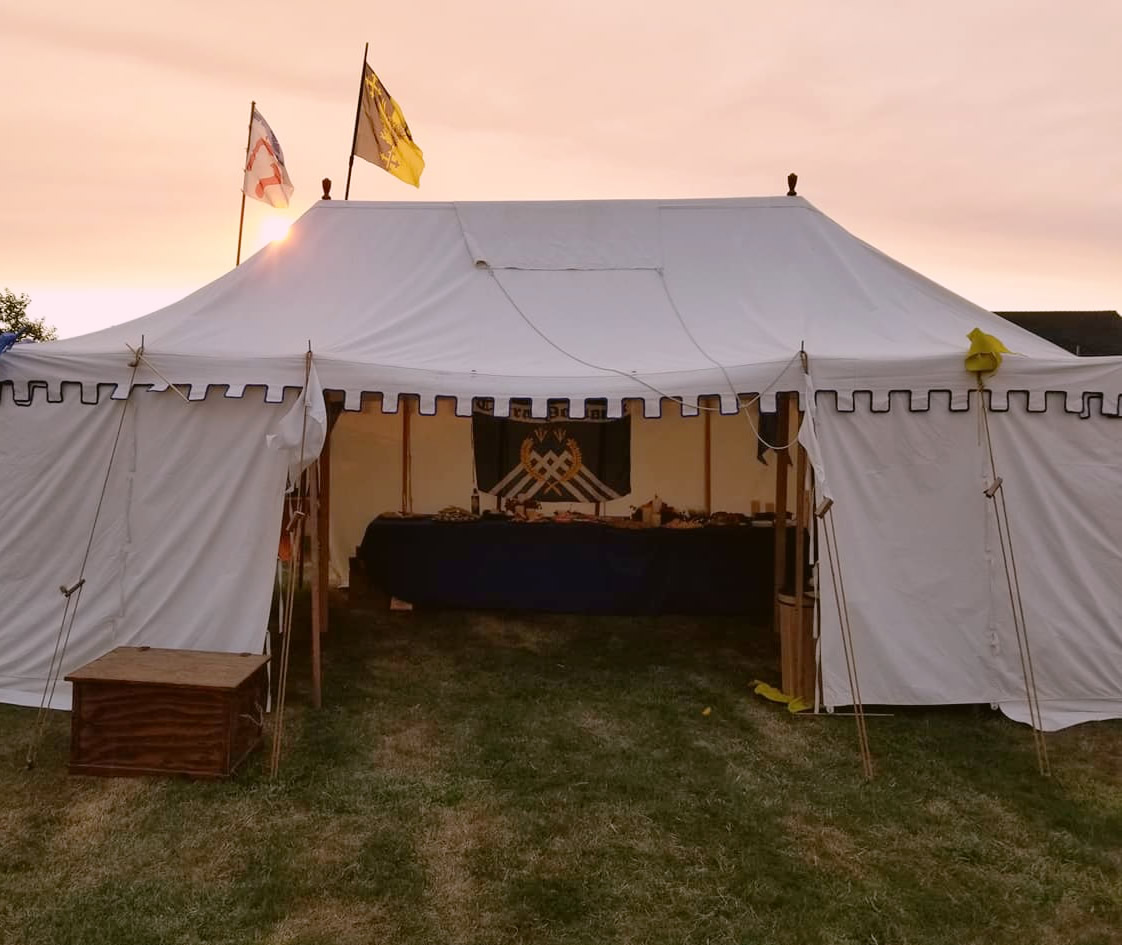 01 Jan In the Before Time

This information was published in the Privy years ago by Baron Cesare, and was passed along by Baroness Elspeth. In the before time (1977-- AS XII), there was a Shire known as `Stormshadow'. Stormshadow was located south of Three Mountains (Salem area) nestled in a beautiful valley with a majestic river flowing through it. The people of Stormshadow managed to put on a couple of events, but failed to learn the importance of working together. About a year before the Principality of An Tir became a Kingdom, interest began waning and the Shire of Stormshadow ceased to exist. Even so, there are still a couple of members around that know of these distant times and the hardships faced by the people of Stormshadow. Sometime around ASXV-ASXVI (1981), a group from Nethers' Edge started holding meetings in the valley where Stormshadow once existed, with an eye on forming yet another Shire. Vandoral the Merchant...